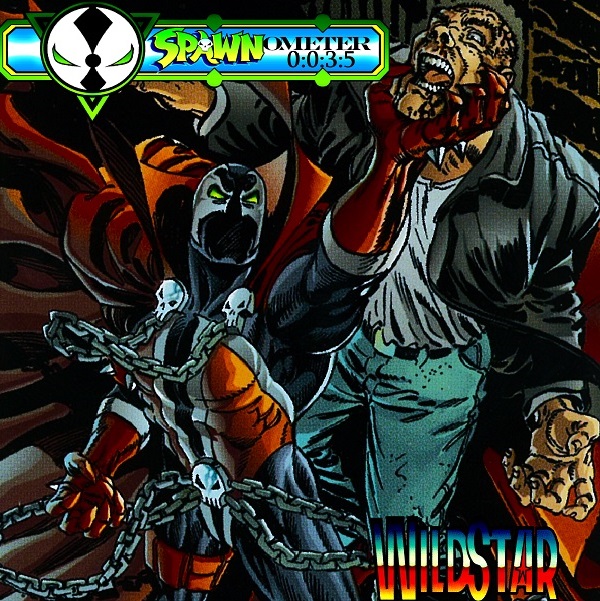 “Set Up”
Dedicated To: Ernie Chan

Nice to have you back, Lt. Williams. Your presence was greatly missed by us all.

What are you saying? That I’m some Super-Spawn?

Not you TOO, Terry! Is everyone controlled by this devil?!

Born To Be Wild 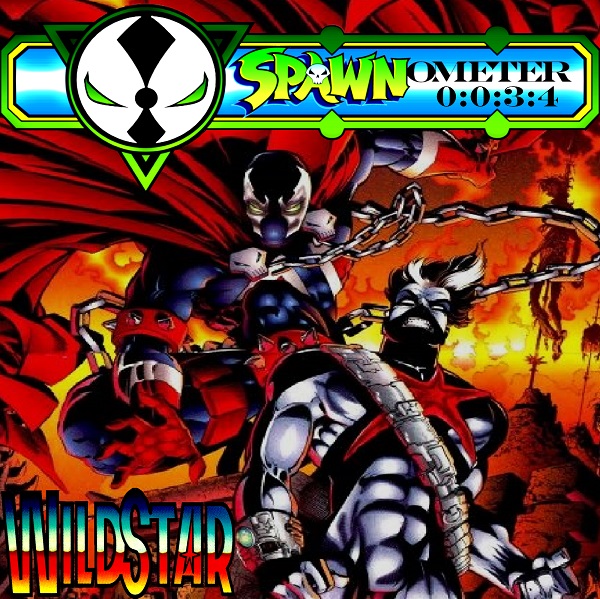 Afternoon, Jason. I want to thank you personally for your assistance in getting us out of that little ‘situation’ in Bosnia. I’ve been advised that you spearheaded the resolution. I owe you one. Thanks.

Born Under a Bad Sign
Dedicated to all of those who came before. 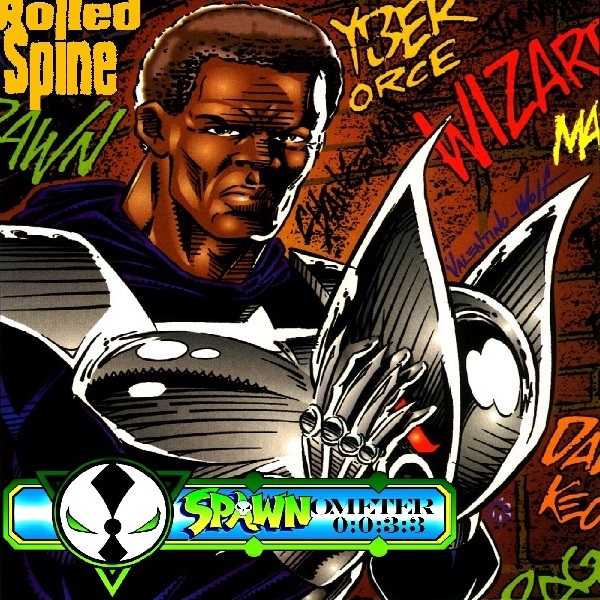 We’re society’s garbage. We ain’t never going to get a fair shake. As the the intruders, that’s your problem to fix.

At least the building’s exterior appearance is normal. Mankind sees just another corporate entity… not their attentive protectors.

The uniform! How’d you train it to morph this soon? It should still be incubating! TELL ME! Who’s helping you?!

by Keith Giffen with Alan Grant

Through the Past, Darkly
Dedicated To: Frank Miller
Dedicated To: Murphy Anderson
Dedicated To: John Byrne
This issue is respectfully dedicated to the memory of Jack Kirby, the greatest creator our industry has ever known. May he rest in peace.

“Appearances”
Dedicated To: My – Wanda Kolomyjec

Composed of necro-plasm, this new warrior of the damned comes bound to a body-sheathing, red and black neural parasite.

Having been in “The Service” now for well over two millennia, she understands… Upper management’s business plan must be fully understood… particularly in light of Gabrielle’s fiasco. Like any successful employee, Rafael knows one’s appearance is important at these sessions.

Our goal is to listen. To learn. We guide only those who ask, and even then they mustn’t know it’s us… for the human soul is salvation for all of us.

I feel you creeping against my flesh. I know how your chains move and I saw how you reacted in Heaven. Is that what’s causing my blackouts? Some contra-reaction to paradise?

We all know why I’m here tonight. You have a problem, and that problem is super-natural beings. You may think of them in different terms: Youngbloods, Superfreaks… whatever. Personally, I prefer older labels… Wurdalak. Nosferatu. Vampire. 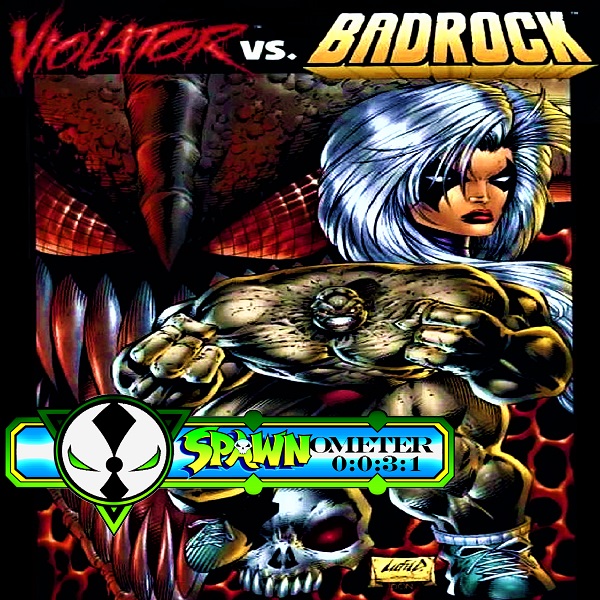 “The Homecoming”
Dedicated To: Tom Palmer

Filled with an anxiety he didn’t expect, Spawn breaks into a sprint. Adrenalin pumps harder. He needs his alleys. Moreso, he wants them.

Gentlemen, let this serve as a formal introduction. I am Rafael. I am taking over for Gabrielle, who has been removed as Commander of Terran Affairs.

Earlier today in New York City’s Bowery, a “mysterious light” was at the center of the unexpected disappearance of one of the area’s leading citizens. Phil Timper had worked with the homeless through various charities and shelters for eleven years, and was honored last year…

Through here we have video records of the shopping mall incident last year in New York that inspired Project Dante… A group of extra-terrestrial beings, strikingly similar to the medieval concept of demons, appeared from thin air…

Where do angels go when they die?

There is an angel who has killed angels. There was a rebellion in heaven once, and she wore the teeth of the rebels as jewelry. She struck them down, and thought nothing of where she was sending them…

I fought a demon on Earth, and he tricked me. He tore out my heart and threw it on the floor. 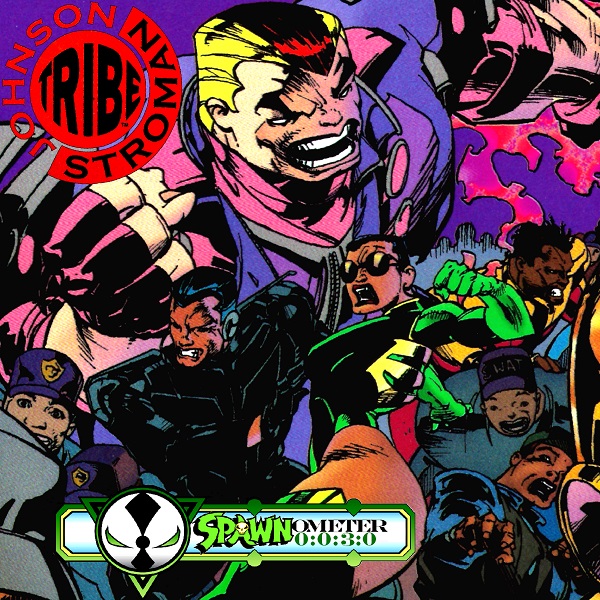 “The Clan”
Dedicated To: Little Katie and Cyan

Those white-trash maggots! I swear they’ll pay for this! If it’s the last thing I do, they’ll pay!

So believe me, I understand your anger… but they’ve only torched your fields. When they had all they could stomache of me, they torched something far more precious. That’s why I wear the mask. Because of them.

WHAT?! It’s a friggin’ colored! How dare you desecrate the sacred robe?! NO darkie is worthy of its touch! How dare you mess with us?!

by Neal Adams with Peter Stone

If you get into the habit, you might find yourself hitting someone you love, like I did, and regretting it forever. It’s not worth it. You’ve got a great couple of kids there, and they need a father. It’s time you started acting like one. A lot of people have good feelings about you, Joe… It’s time the two most important ones felt the same way. End of sermon. Now, I want to leave a little reminder for you…

I’ve taken down over thirty Hellspawn in my time. You’re not like any of the others. I want to know why.

It’s gotta be the heavy religion factor that seems to radiate from Earth. Mass quantities of those that thump the Bible. Hunting Hellspawn was easier then. You had a mission. No gray area. You found them, you killed them, and that was that.

The night screamed with madness and fury. But even it was dwarfed by the insanity and evil that flowed through the body of CUT THROAT,

CAPTAIN OF THE DAMNED!

I’ve seen the error of my ways. Relied far too heavily on The Lord. He’s forsaken me. I understand that now. Even after all I’ve given of myself, I shall never enter His kingdom. So I cast away my allegiance.

I must be crazy. Didn’t like having to lie to Terry about where I was going, but he’d have never let me go alone. The dumb thing is, he’d’ve been right. The chances of me being able to find the Spawn are pretty remote… But he’s got the answers to some very serious questions. Like… who tried to kill my husband?

Been gone for only six weeks… just long enough for the wounds to heal from my fight with The Dragon… and some punk kid has usurped by turf!

I’m not a super-hero. I stop violent crime. I’m not into common robbery. 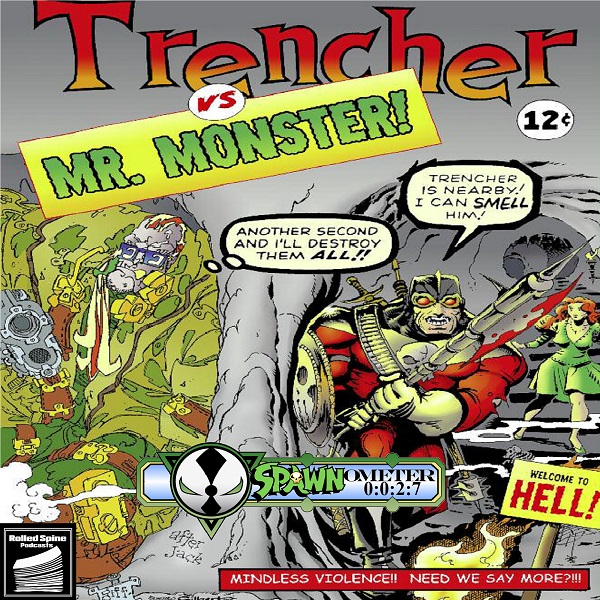 I’ll prove worthy of your empire. I can’t begin to know your great plans, Lord, but I must profess that it does confuse me. I’m forced to use technology from the secular world. I’ve spent the majority of my fortune preparing for your kingdom. Why do you forsake me?

Chapel killed Bobby to get at me. He was just an innocent victim… LIVE!

…This is the work for me… I’m going to spend my life tracking down these weird creatures!! That last encounter banged me up a bit, I’d better design some kind of uniform for protection… light chain-mail would be the best bet!!

From time to time in this imperfect world, strange creatures are born… TWISTED… WARPED… abominations from Hell!! Mr. Monster has dedicated his life to finding them… AND DESTROYING THEM!!

“The Dark”
Dedicated To: Dave Sim

That is why, after a very long and difficult deliberation, I’ve decided to remove her from your care and put her in a new set of circumstances. This, I believe, is for her own good.

You torture yourself for answers that, mostly, you’ve been given. You’re just not trying hard enough. Much as I’m tempted to write you off, you do show some spark.

Call me Gabrielle, Mr. Simmons. If I might have a moment of your time, I really would like to talk to you.

He shot Bobby— blew his head clean OFF!

As a man who has literally been to hell and back, there is precious little that frightens Al Simmons these days. This, however, comes close. This is the man who killed him. Emerging from the smoke and shadows, he looks like the devil himself, the ghastly white skull he chose long ago as his trademark eerily incandescent in the moonlight. A none-too-subtle reminder of what has passed between these two men… and the unholy bond they share.

It wasn’t until later I figured out everything for myself in one divine moment of clarity– if you had really come back from the dead, then so could I! Thing with me though, Al– I could care less about love and happiness. You can have that crap. I’ve got bigger plans for my return– plans that will change everything… forever.

Started work on a #Shadowhawk reboot. And finished it. This is the whole thing right here. Done. #rebooted pic.twitter.com/ZIq4MEr9Pn